Systematic Targeting of bridges in Yemen

Between 2015 and 2019, the Yemeni Archive has documented 131 attacks on bridges.The damage blocks key transport routes for food and humanitarian aid.

More than a hundred civilians have been killed in these attacks.Millions more face extreme hunger and are blocked from medical services.

It is illegal under international law.

The Saudi-led coalition got permission from the UN security council to provide military support.

The Saudi-led coalition was supposed to assist the government to help stabilize Yemen.

Since then, the country has been under siege.

Ports such as Al-Hudaydah and Aden are key infrastructure links for food, supplies, and humanitarian aid.

Over the past six years, Saudi-led coalition warplanes have carried out 131 airstrikes on bridges in territory under control of the Houthi forces 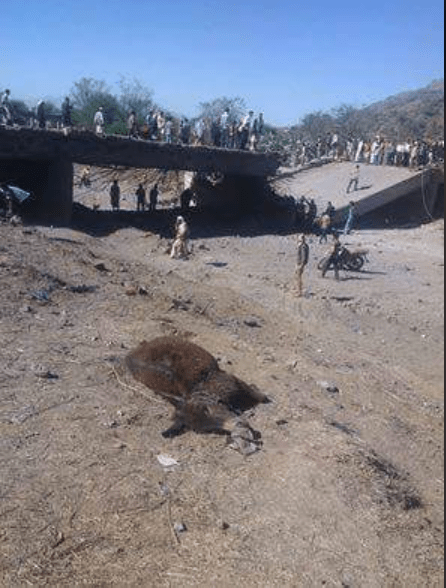 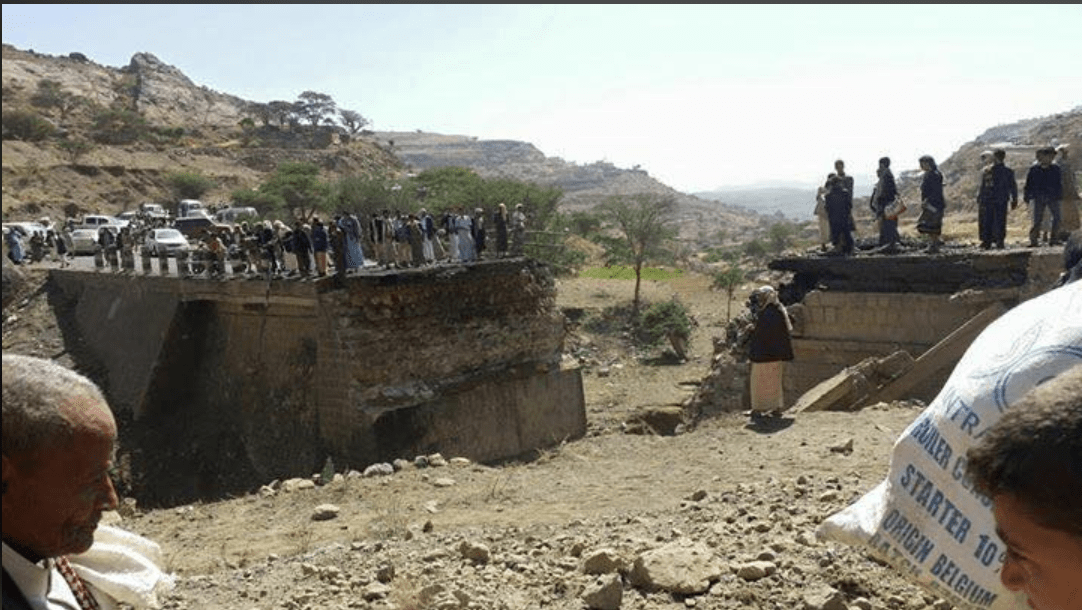 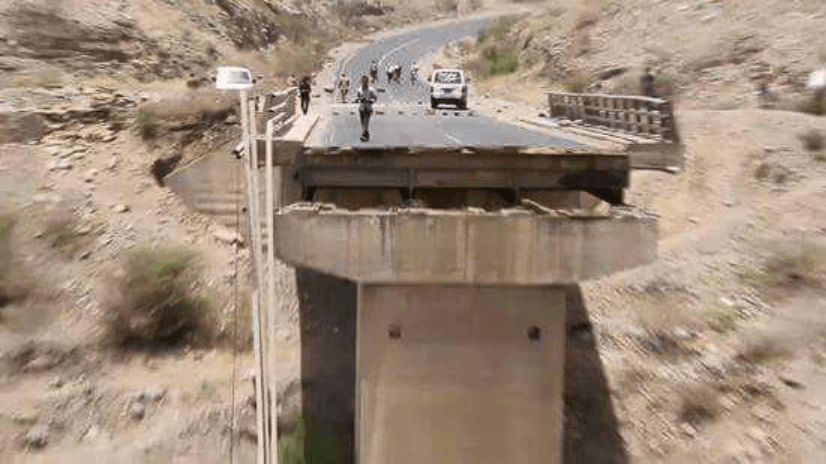 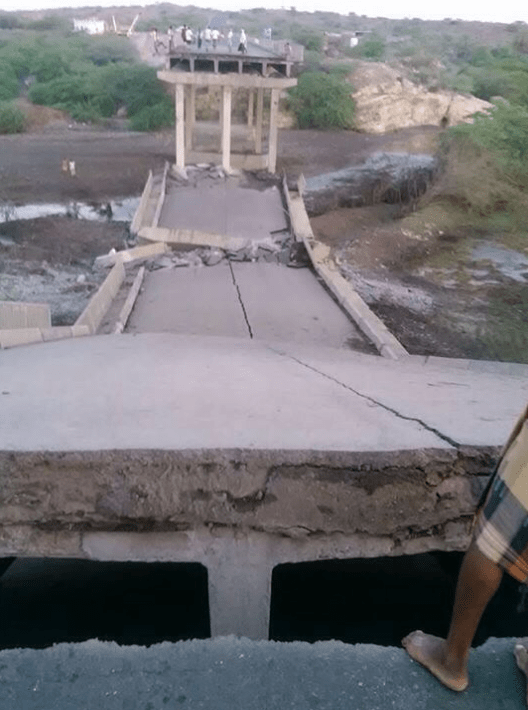 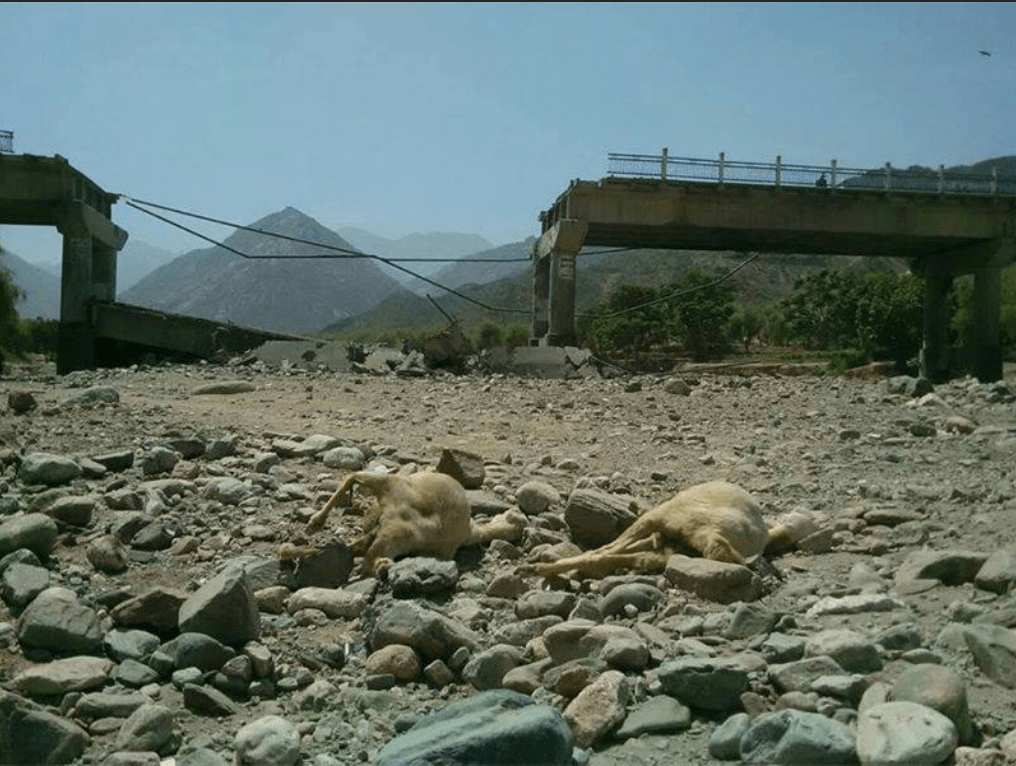 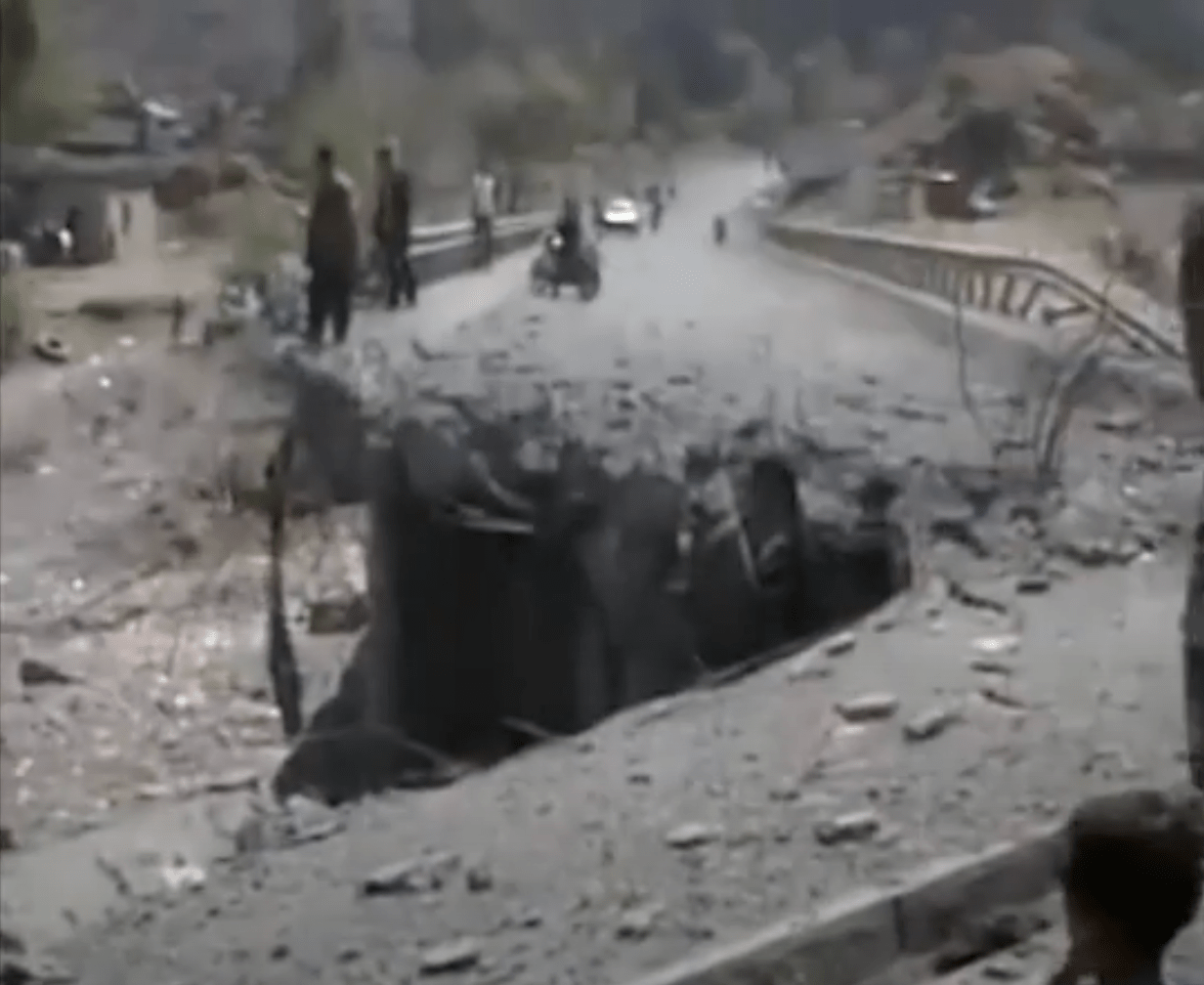 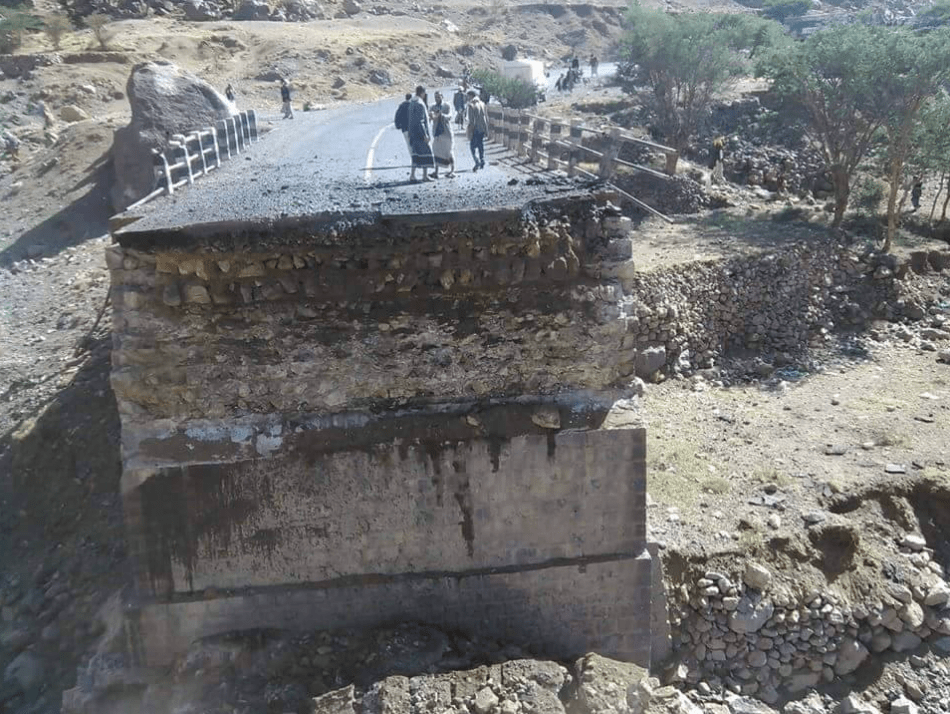 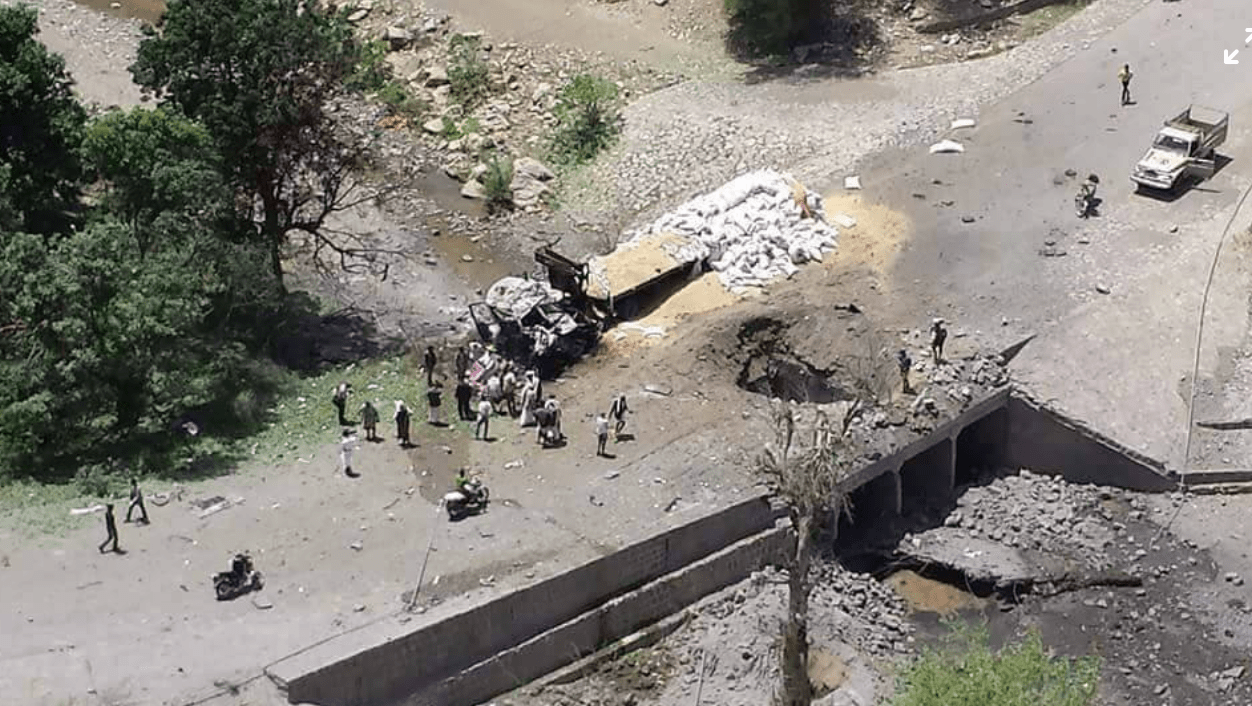 Many of these attacks block road networks between cities and ports, disrupting the transport of humanitarian aid and food supplies

Many documented airstrikes targeted bridges along these key routes

Many attacks were along the N1 highway which links the southern port city of Aden to the Houthi-controlled region all the way to the northern border. Most food and supplies now come through Aden port, which is under forces loyal to the Saudi-led coalition control.

Bridges leading to port city Al-Hudaydah, which used to be a key source of food and supplies, were targeted with the aim of cutting off Houthi forces supply lines

A wheat truck destroyed during an attack on Lahimah bridge on September 15, 2015

As of December 2019, the UN said 15.9 million people were severely food insecure. That’s more than half the country’s population. Another 3 million were malnourished.

The Al-Dalil bridge is on the N1. It connects the Ibb region to the southern port of Aden and to the Saudi border in the north.

The damage from the airstrike blocked the road

It impeded civilian access to hospitals, markets and neighbouring communities

Yemeni Archive documented five times bridges were ‘double tapped.’ Shortly after a first airstrike, there was a second. Often, it came once rescuers arrived to help the wounded.

Al-Dalil was one of them. 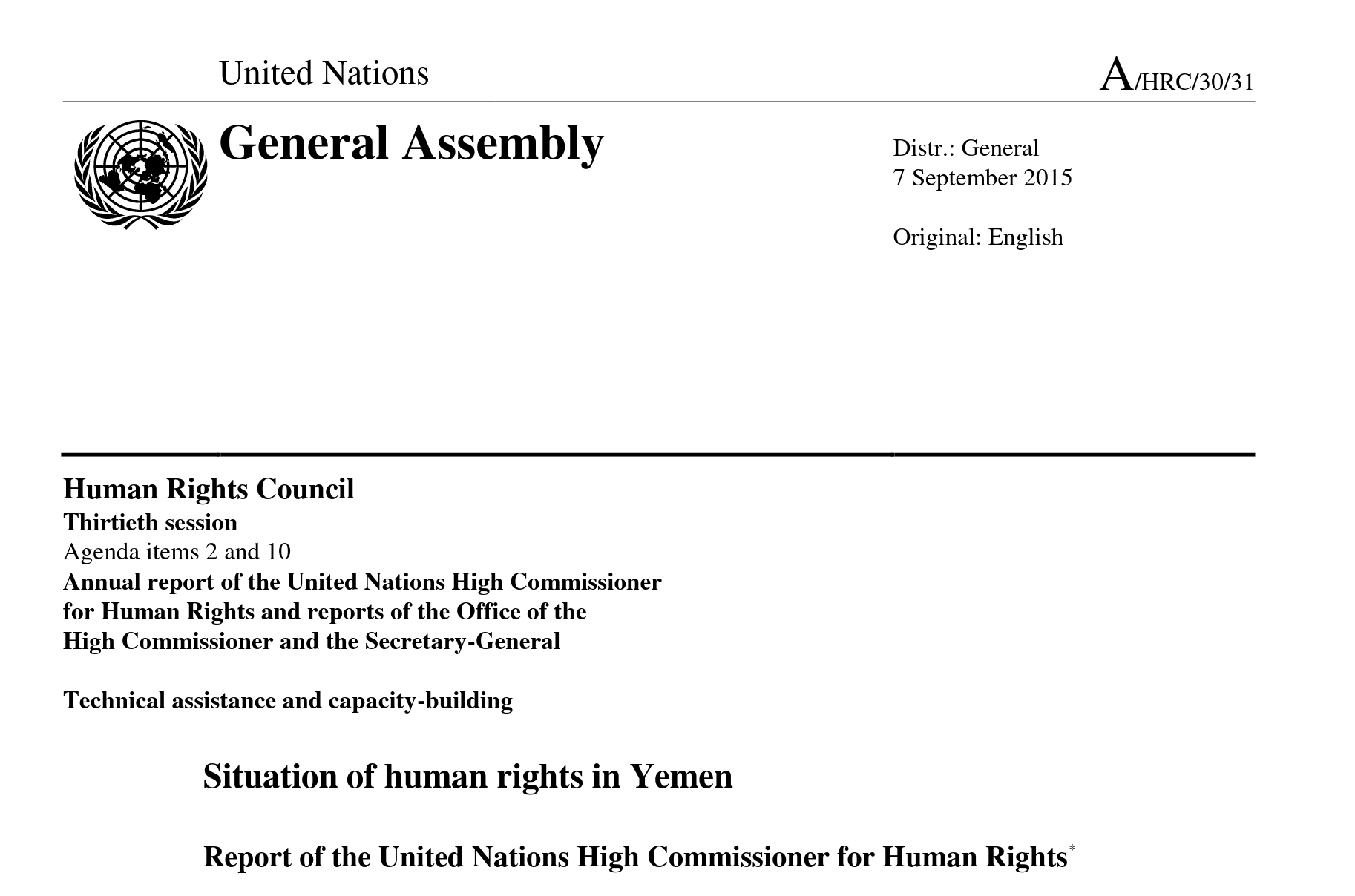 “My brother bassam and one of his friends rushed to help the injured who were hit by the missile that targeted the bridge, but the saudi-led coalition warplanes fired a second missile when my brother and his friend were killed.”
The brother of one of the victims of the attack on Al-Dalil bridge

“He was 35 years old at that time. he was just a worker, not an employee, nor a merchant.”

“When i saw the massacre after the bombing, i froze from the shock of what i saw of what happened in the place. at first, i couldn't even recognize my brother.”

“All i wish is that the saudi-led coalition will be held accountable for every crime that is committed against civilians and innocent people.”

It is illegal to target civilian infrastructure and to block access to humanitarianassistance under international humanitarian and human rights law.

The coalition claims bridges are military objects, since they are used by Houthi forces.

But even if that’s the case, international law requires military forces to consider the impact on civilians.

Of the 131 documented attacks on bridges, all but a single one was a direct hit.

At least 33 attacks are reported to have resulted in casualties. Yemeni Archive was able to document more than 120 people who were killed as a result of these attacks.

Sabri Qasim Al-Naqeb was one of them.

I am 65 years old now, but the five years that have passed since my son's death were the longest and most painful years in my life. i feel as if i haven't woken up yet from the shock of that day.”

“Whenever I remember my son, i feel very sad.”

“I only hope that this unjust coalition will be held accountable for their crimes on the targeting and killing of innocent people.”

To read the complete research, go to: